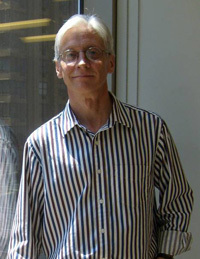 I have been trying my hand at book reviews. My criteria are simple, do I like the book and why. I have a link above to more reviews.

(For my bio, please see the bottom of this post.)

Emma Cline's THE GIRLS is a novel of awakening, of that hinge moment when a child becomes a woman. Evie is a 14 year old on the edge of sex and adulthood. She lives in a home divided by divorce in the late 1960's, a time when the young were emboldened by a false security and the adults faltered in the awkward dance of the changing times. Evie first sees the girls at a distance, their laughter and the hair, she doesn't know them but she knows these girls were free, bold, beautiful and everything she wanted to be and everything her mother was not. When Evie sees the girls next they've been caught shoplifting, but Evie makes it up to the shop owner and the relationship begins. Evie didn't mind stealing from her Mom to help the girls and the girls reciprocate and open their lives to Evie who is seduced into a world and leader that the girls follow. All too often we look at the past through rose-colored glasses seeing the good in a pretty light that can obscure the truth. As a culture we look at the 60's that way. The music was the best. Everyone was free. There were Woodstock and Haight Ashbury, there was pot and LSD, there was free love. But, free love came at the woman's expense. There were plenty of bad bands, and sham philosophers, and while there was a Summer of Love, California also gave us Charles Manson and his cult of the misbegotten. But, THE GIRLS isn't a tale of the 60's, or a Manson story, it just provides a backdrop. Rather, THE GIRLS is the story of Evie embroiled in adolescence, ripped apart, open and vulnerable, written with the painful clarity of someone who has just come out the other side. In some ways THE GIRLS reminds me of THE BELL JAR in the poetic, raw emotion of coming of age. In the end, fate may save us, but that doesn't mean we're allowed to leave it all behind. THE GIRLS is a novel that recreates a time in America and dissects a young girl's life with the clinical accuracy and the firm hand of an artist who knows.

Adam Johnson, author of The Pulitzer Prize winning, THE ORPHAN MASTER'S SON, and winner of this year's National Book Award for his collection of stories entitled, FORTUNE SMILES. While there is one story set in a memory of North Korea - the terrain of ORPHAN MASTER'S - these stories are independent, though linked by the themes of love, loss, alienation, and survival. Johnson's stories more than engage, they challenge the reader to sympathize and empathize with characters in situations that may not seem worthy of our attention, let alone our forgiveness. Is redemption possible in the modern world, can one "move on" from a past that ensnares the future? There are no easy answers, but there is plenty of quality writing, in Adam Johnson's FORTUNE SMILES.

Can a demon be managed, a curse controlled? That is the Andret family dilemma in Ethan Canin's A DOUBTER'S ALMANAC. I mean, we all have our demons, some more than most. But, Milo Andret's demons are a geometrical legion; alcohol, power, ego, sex, women, but the greatest of these is mathematics. The serious stuff like, topology; which is the study of geometric properties and spatial relations unaffected by continuous change. I still haven't finished the 9th Grade Algebra Regent, but you don't have to be fluent in numbers to appreciate this family epic. For this is the story of one man's descent into madness, of a passion unchecked and the effects that passion has on his family. A DOUBTER'S ALMANAC is a BIG picture book, a battle of wills, of honor, of courage and faith in the equation that is family. Why the title, perhaps because the novel is a chronicle of questions with no easy answers. Kind of like the algebra regents.

David Mitchell, author of CLOUD ATLAS and BONE CLOCKS - among others, takes a detour down a dark London alley where once every 9 years a door appears to only the especially vulnerable. Inside that door is Slade House, a place that lives up to its name, (if not the spelling). The occupants of this house are twins, a brother and sister who just might be immortal. But the twins need their 9 year fix that only the weak and the bullied can provide. Is immortality all its cracked up to be? SLADE HOUSE is short, quick, a wee-bit creepy and very entertaining - kind of like Stephen King with a British accent.


WHEN BREATH BECOMES AIR by Paul Kalanithi with a forward by Abraham Verghese. Available 01/16

This is a memoir of a neurosurgeon, not just your regular, cut-and-dry neurosurgeon, but one with a degree in English from Stanford. Paul Kalanithi seemingly had the world on a string, Stanford in English, Yale in Medicine, and back to Stanford for Neurosurgery. Married to another Stanford Med Student and just about to graduate and move on to his life's dream when Paul is diagnosed with stage four lung cancer. As a highly trained physician, Kalanithi knows what the prognosis will be. However, this is not a book about death, but rather about the gift of life. Because of Kalanithi's impending death his writing is infused with an intensity for living and for experience. Like Keats, Kalanaithi's talent burn brightest when his light is about to give out. This is an exquisite and heart-breaking book. But, it is not a "why me", hand-wringing tale. When does breath become air? It is when the soul passes from life to what's next, and one's breath becomes simply... air. It has been said, that we all have a purpose in life. And I'm not saying Kalanithi's death is justified by this book, but his life did seem a path to sharing what he learned in dying and, of course, that is how to live.

COLORLESS TSUKURU TAZAKI AND HIS YEARS OF PILGRIMAGE by Haruki Murakami.

This is my first "Murakami" and I have to wonder what took me so long. I am certainly glad I've gotten to know Tsukuru Tazaki and discovered his complicated life in Murakami's wise and wonderful novel. COLORLESS TSUKURU TAZAKI is the story of five friends involved in the pilgrimage from youth to adult-hood and from the present to the past and back again. The five friends have shared in most everything but name, as all but Tsukuru have a color in their name. Tsukuru often thought, "... if I had a color in my name too. Then everything would be perfect". But his name translates into "builder of things" and his passion was train stations, "He wasn't sure why, but for as long as he could remember, he had love to observe train stations". The five are inseparable until they graduate high school and Tsukuru is off to engineering school in Tokyo to follow his passion while the remaining four stay at home. There is much more to this seperation than geography and understanding that becomes Tsukuru's quest. True to life, Tazaki finds nothing is easy and nothing is as it seems. Or is it? There were times that all he wanted was for his heart to stop, but"... the heart apparently doesn't stop that easily". Sometimes a book, and a life, are more about the journey than about the destination. And this is a book about the journey and it is a book with a lot of heart and all the color a heart can hold.

"What would you do it it happened to you?" There are many books that ask this question but few answer it in as chilling a scenario as does Bret Anthony Johnston in his debut novel, REMEMBER ME LIKE THIS. In Corpus Christi, Texas, tragedy has struck the Campbell family, the unimaginable has happened, the disappearance of their 11 year old son. But, dear reader, don't let that stop you, REMEMBER ME LIKE THIS isn't one of "those" kind of books. This book is the rare achievement of a commercial novel written by a writer with serious literary chops. After all, Johnston is the Director of Creative Writing at Harvard University. In REMEMBER ME LIKE THIS, each member of the of the Campbell family; the grief striken Mom, Laura, who works with rescued dolphins in hopes of saving something, the angry Dad, Eric, who has an affair in hopes of feeling anything, even if it is guilt, the Grandfather, Cecil, who owns the well named Loan Star Pawnshop and keeps a gun in his car just in case, the younger brother, Griffin, who becomes a local celebrity, the dude with the missing brother, and his green-haired girlfriend, Fiona, who tries to hold him and his family together, all are unique characters in voice and motivation. The arc of the emotions each character endures is truly gut wrenching. The narrative is quick, compelling and all too real. The sense of place and weather are as much a part of the plot as is the protagonists. But, it's the story that will grab you. Think DEFENDING JACOB, but from the victim's family's point of view. Revenge, retribution, justice, mercy, what will they chose? Sometimes a family can be greater than the sum of its parts and sometimes love can redeem us, if we will only let it.

My bio is below:

Thomas "Tom" Nevins was born in Brooklyn, N.Y. where he still lives with his wife and three daughters. As a teenager he became interested in writing after hearing the lyrics of Bob Dylan and The Beatles. After High School, Nevins worked, traveled through Europe; Holland, England, Ireland, Scotland, Norway and across the U.S. before attending New York University School of Continuing Education. In 1974 he enrolled in the College of Staten Island, a division of City University System, where he was lucky enough to not only meet his wife, Debbie, but to study under John Shawcross, Armand Schwerener, and Herbert Leibowitz, who sponsored Nevins with a working scholarship to Bread Loaf Writers Conference in 1977. Upon graduation into a recessed economy, he found it difficult to land a job; one day he walked into Doubleday Bookshops in Manhattan to enquire about employment opportunities. They hired him, and from sales clerk he rose to assistant manager, to store manager, to buyer, to sales representative, to National Account Manager, and to author of THE AGE OF THE CONGLOMERATES (Ballantine 2008). When he is not writing or working for Penguin Random House, he is watching The Mets ( groaning is more like it); or playing the drums in his basement. He likes his rock and roll loud, simple and with a beat, and if it's rebellious, or broken hearted, all the better. He lives with two teachers and great daughters who help keep him busy and keep it real. And they all live with Remy, a two-year old rescue dog, part Border Collie, part Shepherd and all spirit. It seems, at all times, Nevins has large cup of coffee on hand and a song in his heart.

(For more of my book reviews, please click on the everyday ebook link on top of this page)